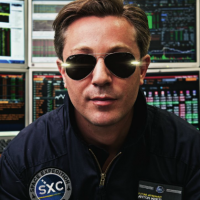 Please Note: Anton is the Managing Partner of the Institute of Trading and Portfolio Management and does not partake in Remote Trader Mentoring Programs due to his busy schedule. Anton only accepts 4X Mentees every 6 months as part of the ITPM Thailand Trader Mentoring Program held in April and October each year for 10 days followed by 12 weeks of Remote Mentoring.

Anton is the Managing Partner of the Institute of Trading and Portfolio Management, an independent global community of 500 Traders across 22 countries. Anton manages and oversees the Institute Community, the Institute parent company’s (Jakubstadt Holdings) global portfolio (as Managing Partner) via Corporate trading accounts from Singapore and his own long-term investments outside the Institute (Non- Disclosed Total Exposure).

Anton has had a distinguished career as a Professional Trader in the Financial Markets. He opened his first trading account when he was sixteen and traded profitably through the tech boom in the late nineteen nineties. He was the first person out of four hundred students in his Economics undergraduate degree at the University of Manchester to receive a formal job offer from an Investment Bank trading desk. Goldman Sachs saw his track record and hired him on an “unconditional offer”, meaning Goldman Sachs contractually stated that he could get any mark in his degree and they would still hire him as a Professional Trader. He completed the infamous Goldman Sachs Analyst Program (2000) and Associate Program (2002) in New York, which has been responsible for training a disproportionately large amount of the world’s best Investment Bank and Hedge Fund Traders of the last thirty Years.

During his career as a Professional Trader Anton performed a dual function as a Proprietary Trader and a Market Maker running two separate books on Pan European Trading Desks out of London. His Proprietary Trading book grew from $25mln in the year 2000 to over $400mln by 2004 whilst at Goldman Sachs. He traded multiple Sectors whilst at Goldman Sachs including, Tech, Media, Telecom, Banks, Insurance, Transports (inc Airlines), Industrials, Pharmaceuticals, Biotech and Chemicals. All sectors that he traded on the Pan European Trading Desk were market share ranked one or two globally, meaning he was always one of the biggest traders in the world. This success was mainly down to the size of the proprietary trading books he ran during his time there and his ability to profit from big situations like major Macroeconomic surprises and Earnings surprises. He literally became known around the market as one of the “big situation traders” at Goldman Sachs. Lehman Brothers then Headhunted Anton in 2004 and then JP Morgan headhunted him in 2006. At both these firms Anton ran the global Pharmaceuticals, Biotech and Chemicals franchises and achieved number one market share and profitability status globally at both firms. Anton retired from the Investment Banking industry in May 2007, just before the peak of the market and the impending collapse caused by the Global Financial Crisis.

In June 2008 Anton was chosen by the BBC to appear in the British TV series Million Dollar Traders which was aired in 2009. The show went global shooting Anton from relative obscurity into the limelight. In response to the thousands of messages Anton received from around the world asking him to teach trading, he decided to go on the road and set up the Institute of Trading and Portfolio Management in 2011. The Institute has now grown into the world’s leading trading education company boasting a community of highly trained and educated Retail Traders that can trade from anywhere in the world. This has enabled Anton through the Institutes parent company to deploy capital to many of the Institutes traders, who now make a living from trading at the Institute.

Anton has always been known in the industry for his obsession with Financial Markets, his insane work ethic and for his ability to teach up and coming new talent in the Industry.

Get Professional Options Trading Masterclass by Anton Kreil at Whatstudy.com 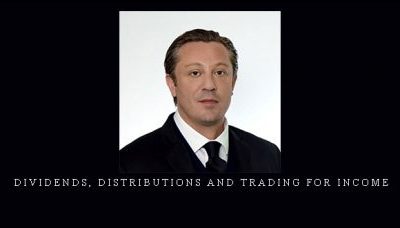 Anton Kreil: Dividends, Distributions and Trading for Income Description Becoming a trader who’s always profitable is rare, and this truth hinders one from making... 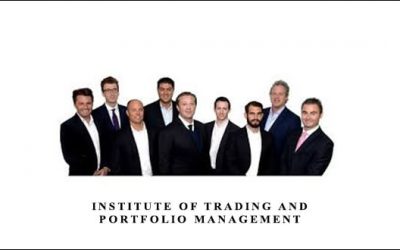 Institute of Trading and Portfolio Management by Anton Kreil 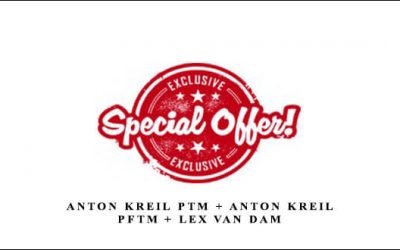 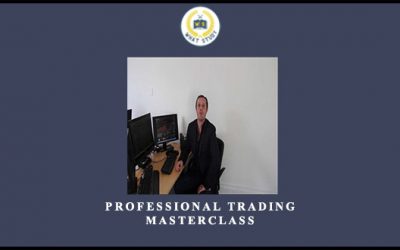 Take Professional Trading Masterclass by Anton Kreil from Whatstudy.com with the best service 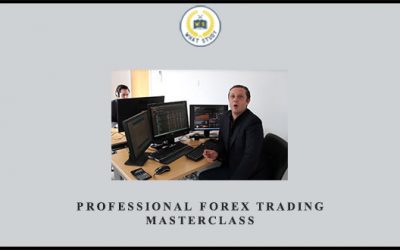